During the entire month of February, I am going to dedicate my column each week to the task of celebrating and citing blacks who have played an essential role in helping to shape the African-American community and culture of Dillon County.
In this first installment of what will be a four part series, we are going to start with, arguably, what some will consider as a controversial subject that has been a bone of contention over the years. The doctrine and issue of women preachers have precipitated much debate and dissension in the entire Christian community throughout the history of the church (dating back over two thousand years).
My objective today is not to set forth an argument for or against the biblical veracity of women preachers or pastors, though I am compelled by study and experience to be an adherent of the belief.
I am primarily concerned with giving some honor to those women who I have known over the years, particularly those who have profoundly influenced, impacted, and spiritually nurtured me in the work that I am doing today.
At the very top of the list of women who were trailblazers as preachers and pastors in Dillon County is the one whose picture is at the heading of this column. 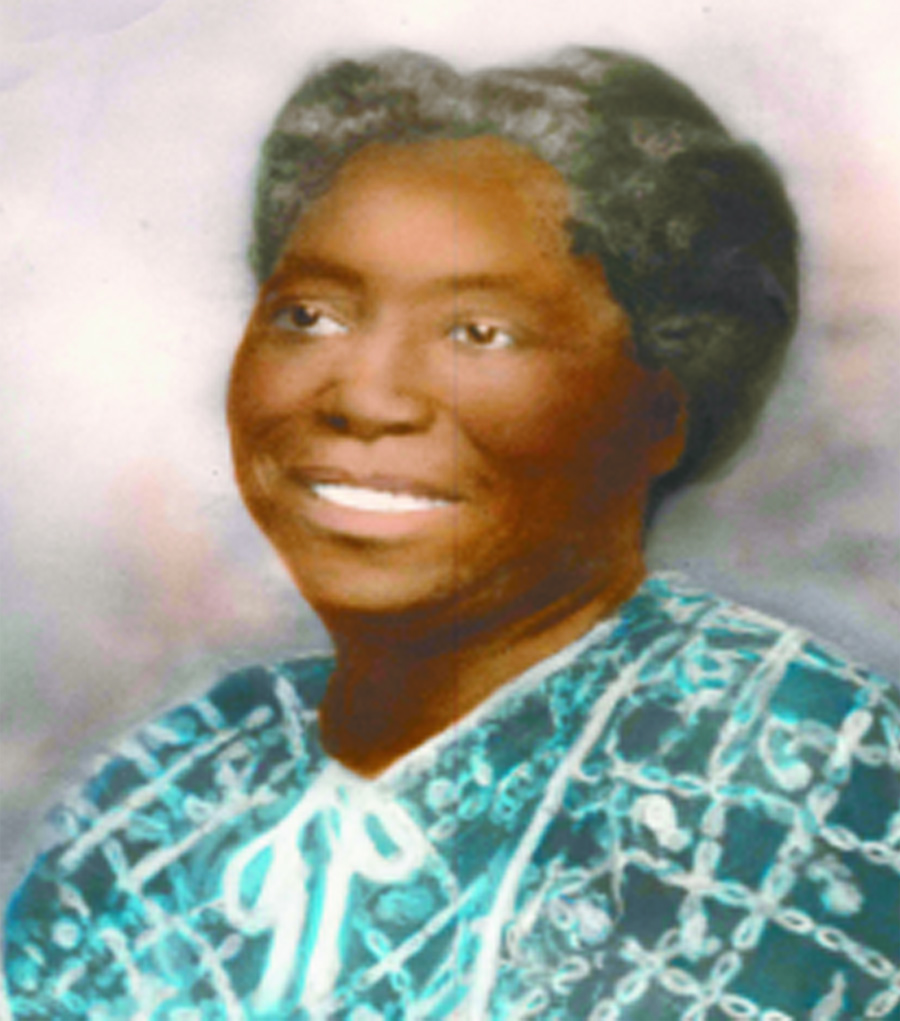 Katie Shaw Sanders
My ninety-one year old mother was only twelve years old when she first got saved and joined the little Pentecostal Holiness Church that Mother Sanders (as they referred to her) started in the early 1920s.
Mother Sanders, who was my mother’s pastor, served as my pastor from the time I was born in 1951 until the time she died in 1965 — some fifty-four years ago.
Katie Sanders was a true trailblazer and is cited by most as being the first female pastor in Dillon County with a congregation that numbered around forty people who consisted of women, children, and a few men. She was a virtuous woman who was full of compassion.
What was amazing about Mother Sanders was that she could not read. I well remember being with my mother many times at her house, which was located next door to the old shack church on Dargan Street in Newtown, when she would read letters to our pastor that her relatives from the North had sent.
Mother Sanders had a great memory and could quote scriptures that people, like my mother, had read to her when she was preaching.
I consider myself very blessed and fortunate indeed to have been spiritually nurtured by this great woman of God, who endured the hardships and insults of the day that were hurled at her because she was a woman who dared to go against the grain of chauvinism and religious bigotry to fulfill her divine calling and purpose.

Ada Page
Due to the fact most blacks back then did not keep good records or journals of important events or achievements, I had to make many inquiries over the years and to depend upon the memory of the old folks and sages to put things in historical order to the best of my ability.
In my search for historical facts and significance of African-American contributors in Dillon County, regarding women in ministry who made a significant contribution as a trailblazer, the name of Ada Page was mentioned by many.
Ironically, I knew her personally and the great work that she, along with the assistance of her husband, Deacon Freddie Page, were able to accomplish in an era when black women were often marginalized and branded as intrusive heretics who dared to occupy a position or office where only men were supposed to be in the religious hierarchy or structure.
Into this storm of opposition, criticism, and even persecution, women like Katie Sanders, Ada Page, and quite a few others (who I will briefly mention) dared to venture. Ada Page established a church in the Gaddy’s Mill community of Dillon County when I was but a headstrong whipper-snapper.
Having belonged to the oldest and most prominent black Pentecostal Holiness Church in Dillon County at that time, she knew the prevailing opinion and doctrine of her church and the national association that they belonged to concerning women preachers. Like some other groups back then, they labeled all the women who felt a call to preach as missionaries and thus were able to keep them in check and give them an outlet of expression.
Ada Page, not wanting to be insubordinate to either her pastor or organization’s teaching, was able to secure permission from them to do mission work in Gaddy’s Mill where there was no church of their kind. The mission grew into a church with a bus that brought quite a few people and families from Dillon to Gaddy’s Mill for Sunday and midweek services.
As young preachers, Pastor Ada Page granted my brother Earl and I our first opportunity to conduct a joint revival back in 1978 at the Gaddy’s Mill church.
Amazingly, the man who now pastors the church, that she came out of, was spiritually nurtured by her as a young lad at the Gaddy’s Mill Church.
Ada Page had quite a few contemporaries in Dillon County who shared her burning desire to preach and establish a work for God. Time would truly fail me to tell of black women like Odessa Headen, Amy Townsend, Mae Belle Gilchrist, Mother Naomi Mack (Lake View), Katie Carmichael Manning, Ida Mae McColl, and quite a few others who defied chauvinism and religious discrimination to do a work for God.
These courageous and steadfast black women paved the way for female pastors of Dillon County like Martha Bridges, Joyce Goings, Sandra Evans, and our last clergy woman who made history in Dillon County, not many years ago, that will be our final consideration.

Overseer Dr. Louise Crawford Goings
To be perfectly honest with you, I had to battle through some opposition in my mind about including my wife in this piece today. By including her, I do not want people to think that I am trying to elevate her into a position of honor and recognition that she does not merit.
Nevertheless, as a student of history who believes that when and where ever possible, we should always both speak and write the truth about people, events, and occurrences from a veracious and undistorted historical perspective.
Without any attempt to overstate and fabricate Louise’s role as an African-American woman who made history as a preacher in Dillon County, the following facts should be compelling proof.
She has helped to organize two churches (one in Florence and Cheraw), as well as provide joint episcopal oversight over many churches and congregations in America, Africa, and India.
She was consecrated and appointed as an overseer of an established fellowship of churches back in March 2015 at an international conference that convened here in Dillon. There were many who witnessed this historical event from many states in the United States of America, as well as quite a few delegates from Africa, India, and England.
This was a first for any African-American woman in the history of Dillon County. Her consecration and elevation into this position brought posthumous honor to the many women who were reviled and rejected for daring to accept and pursue their divine calling, thus paving the way for women like her and all of her contemporaries who are walking in their steps.
Stay tuned for next week’s commentary as we continue our Black History Celebration.

The human race has one really effective weapon, and that is laughter.
Mark Twain
The only person you are destined to become is the person you decide to be.
Ralph Waldo Emerson
+81
°
F
H: +81°
L: +58°
Dillon
See 7-Day Forecast