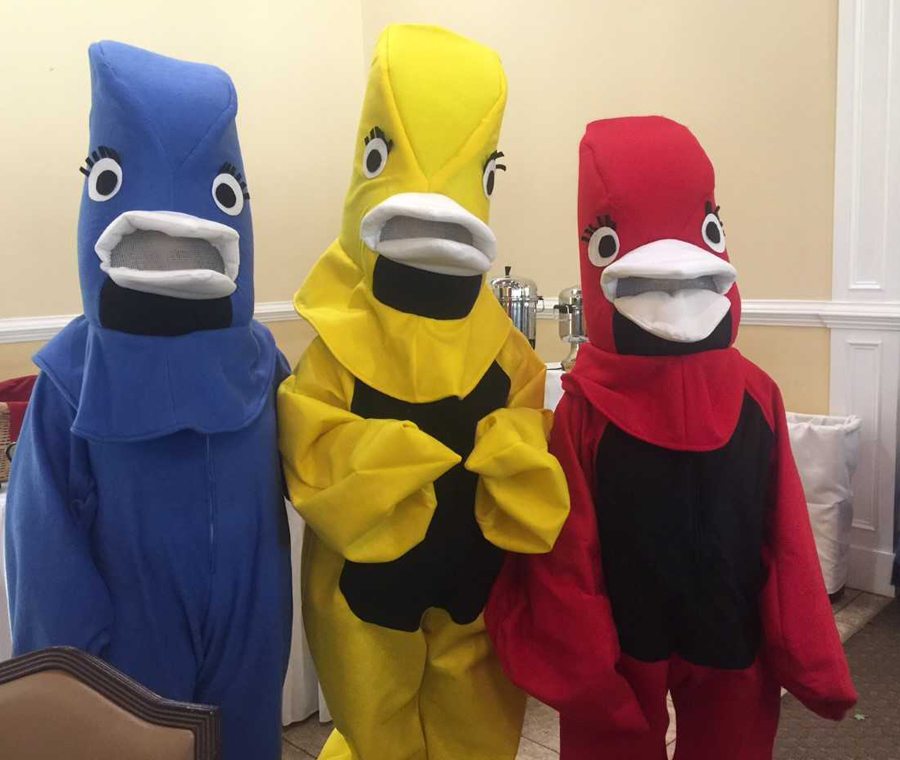 The program began around 9:00 a.m. with vendor sales, registration and light breakfast. The tables were exquisitely decorated with bird décor and flowers. Small trinkets of birds’ nests were also placed at each setting for a keepsake.
Director of the Coastal District, Allyson Hirsh, called the meeting to order. Next, the Pledge of Allegiance was led by the Budding Ecotots. A warm welcome and invocation was given by Emily Tinsley from Sea Oats Garden Club. 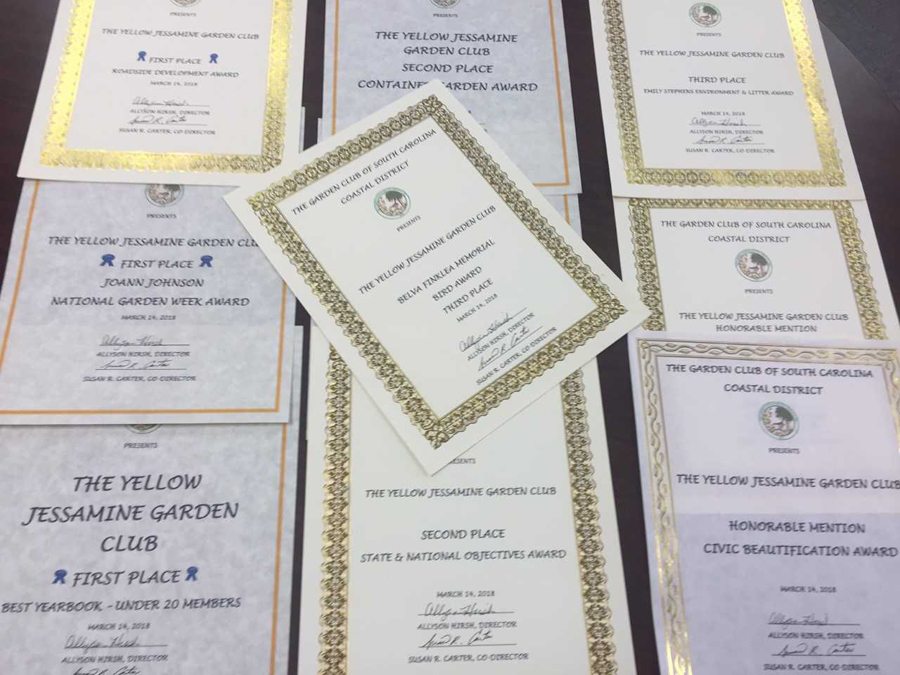 The Honorable Marilyn Hatley, Mayor of The City of NMB, also gave a gracious welcome to all GCSC members and guests for visiting North Myrtle Beach. She asked a pondering question to each member, “Which bird do you see as yourself?” She elaborated on several birds and their characteristics, such as; the wise owl and the rocking robin.
Coastal District Director, Allyson Hirsh presented the Head Table and honored guests.
Donna Donnelly, GCSC President, spoke on the pride and hard work the Coastal District has brought to the Garden Club of South Carolina. 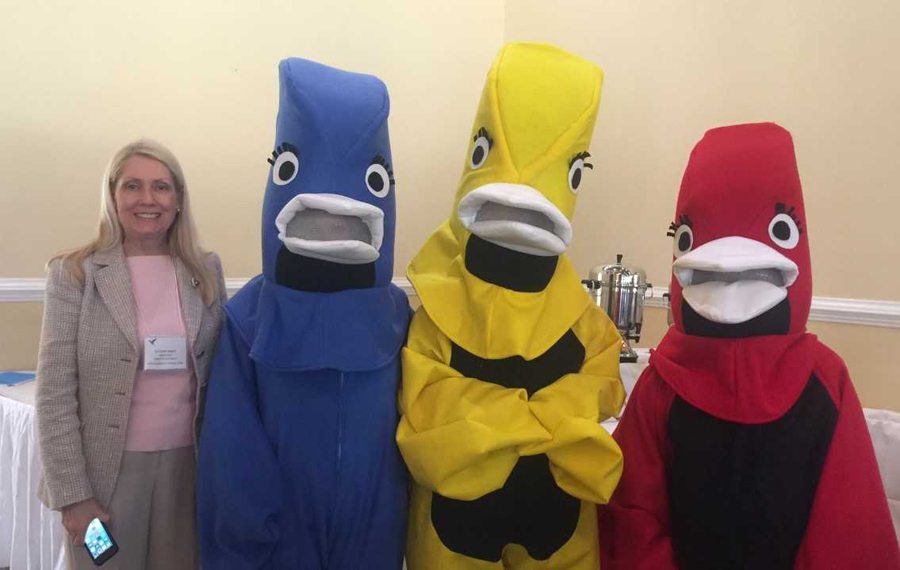 Mrs. Jeanette Lyon, Yaupon Garden Club, gave an opening salutation as well as introduced the keynote speaker.
The guest speaker for the afternoon was Matthew Johnson, Audubon SC Director of Bird Conservation.
Matt had a very instructive program on identifying several birds, their behavior, and migratory schedules. Wood thrashers, Nuthatches, Cardinals, Bluebirds and Orioles are several birds in our area that have been seen flying through neighborhoods. Their calls are very distinct.
Matt also discussed the importance of protecting our bird population. He encouraged each member to plant native plants and reduce the use of pesticides. By becoming more aware of bird conservation and preservation, each person can increase the areas and species of birds. 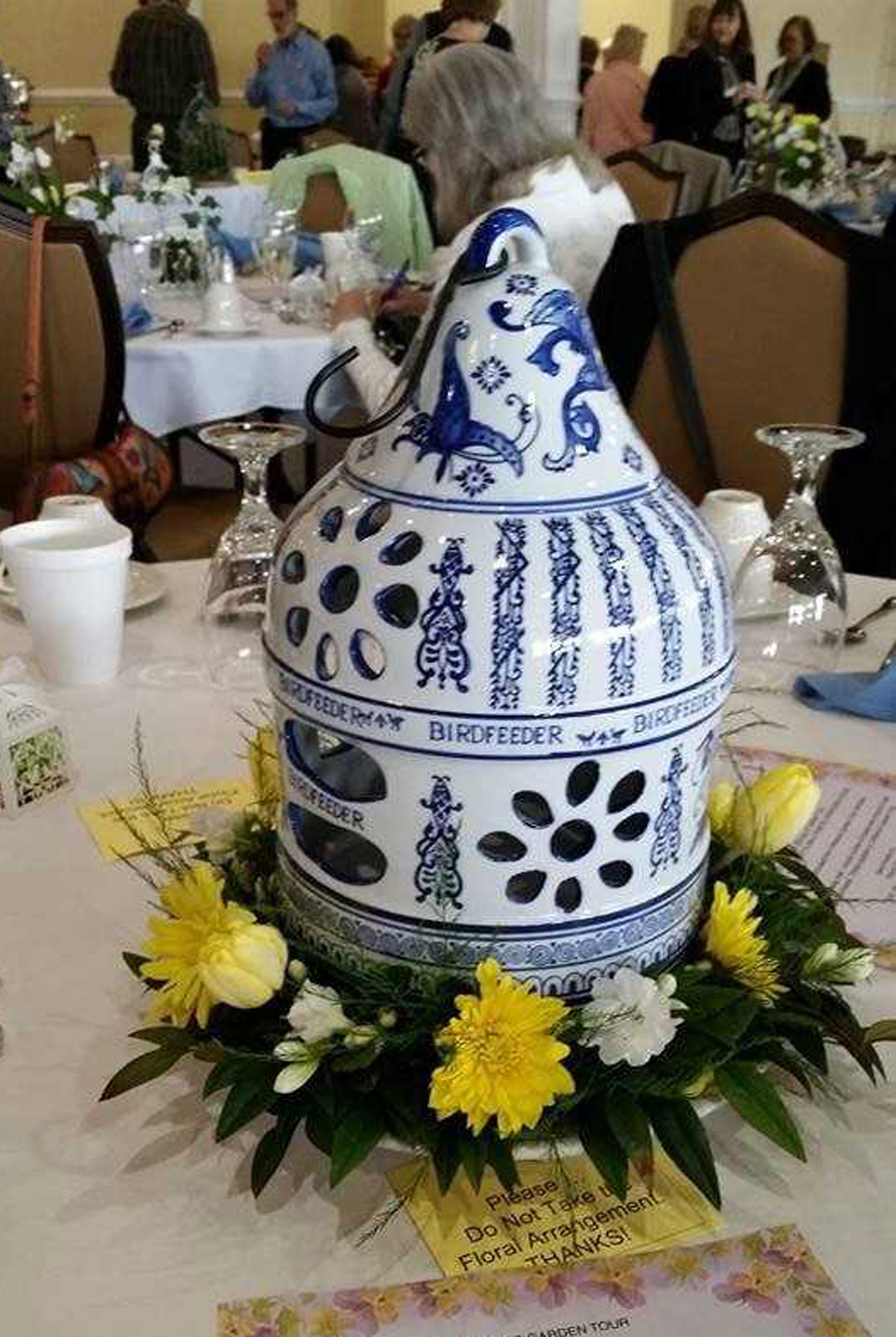 After Matt’s informational program, Margaret Graham and Yvonne Jordan made remarks on several upcoming events. Yvonne spoke on how pleased she was to receive the so many awards for the GCSC. Mrs. Susan Carter, Co-Director of Coastal District, presented the awards. The Yellow Jessamine Garden Club was ecstatic to receive 10 awards for the Coastal District meeting!
Director of the Coastal District, Allyson Hirsh presented the nominating committee and Dorothy Bambach gave the invitation for lunch.
After a delicious lunch of chicken and tuna salad, the design program was given by Emily Stephens.
Emily Tinsley announced the Silent auction winners as the invitation was given for the 2019 Coastal Spring District Meeting.
Before the meeting adjourned, Glenda Campbell presented the Coastal District with a project that the Yellow Jessamine Garden Club has been working on. The book entitled, “My Forever Home” has life size characters to coincide with it. The book tells of a blue bird living at Harmon Park and meeting new friends like a red bird and Carolina Wren. These characters have a great time living at Harmon Park and encourage everyone to recycle and place bird feeders in their yards.
Everyone loved the birds and many even took pictures! The YJGC are excited to bring this book and friends to several of the local schools. This will encourage, even the smallest of kids, to feed the birds and place trash in proper containers.
The meeting was then adjourned by Allyson Hirsh. She will be the outgoing Coastal District Director and Mrs. Susan Carter will be the incoming director.
The Yellow Jessamine Garden Club is a member of the National Garden Clubs, Inc., South Atlantic Region, The Garden Club of South Carolina, Inc., Coastal District of South Carolina.