On Sunday, August 30th, ten members of the Dillon County Shrimp Net Casters Association competed for trophies and prestige in the 7th annual contest.
The contest was held in spite of heavy rain delivered by the leading edge of Tropical Storm Erica. Even though we started the day, as last year, with Richard Calhoun’s philosophy of “you have to be optimistic,” we had to switch to Jerry Richardson’s “we are already here, and it might get better.”
The contest was conducted under the same guidelines and rules as in the past—three throws for each contestant judged on shape of net and accuracy of cast.
The judges, Kathi Campbell, Jerry Richardson, and first timer Woody Monahan had a difficult assignment made more so by the rainy weather. The rain splash hindered visibility for both judges and contestants.
The winners were announced and trophies presented after another excellent Frogmore Stew cooked by Tracy Pelt who was assisted by his son, Tracy Pelt, Jr. The shrimp was caught and provided by Richard Calhoun, Bill Aston, David McLaurin, and Brownie Campbell. Bill Aston also provided a shrimp creole and rice that was finger licking good. Once again, Mickey Dew allowed Jimmy Fore to bring a delicious banana pudding. The blessing was given by Richard Calhoun who included a request that the shrimping fleet be protected and that the shrimp season would bring a bountiful harvest.
The winner of the three foot net contest was Jimmy Fore, second place went to Bill Aston and third place to rookie Joey Mefferd.
The winner of the eight foot net contest was Daniel Coleman with second place going to Bill Aston and third place to Mickey Dew. The seven foot net contest was won by Mickey Dew with second place going to Jimmy Fore and third place to Daniel Coleman.
Note of interest: Before the contest each contestant is given the opportunity to throw several practice nets. Mickey Dew when asked if he would like a practice turn replied, “Well boys, that wouldn’t be fair, I feel like I would be cheating.” The old adage “if you’re good and can back it up it ain’t bragging” seems to apply here.
Though by the end of the contest all of the participants were soaking wet, a good time was had by all. 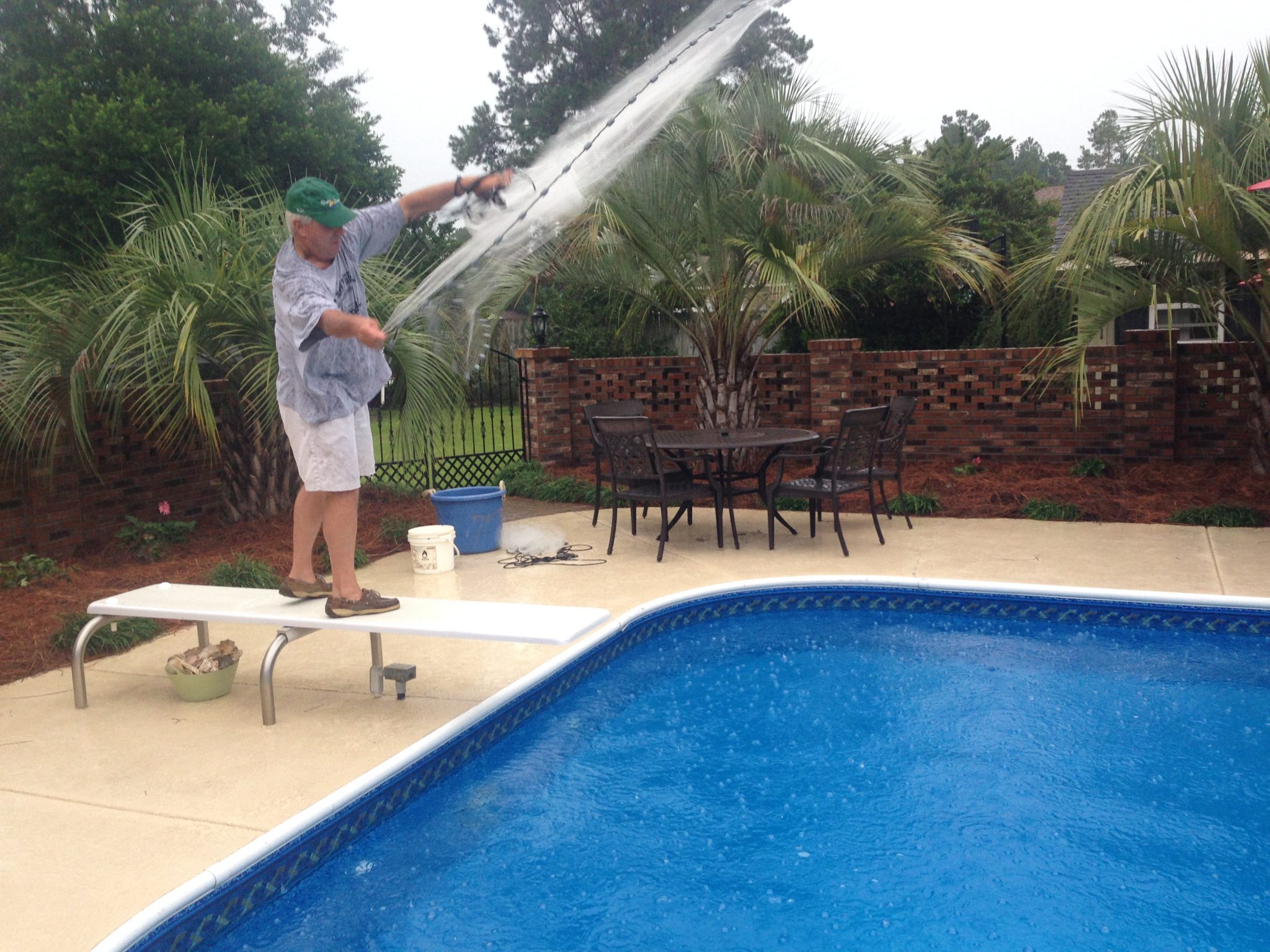 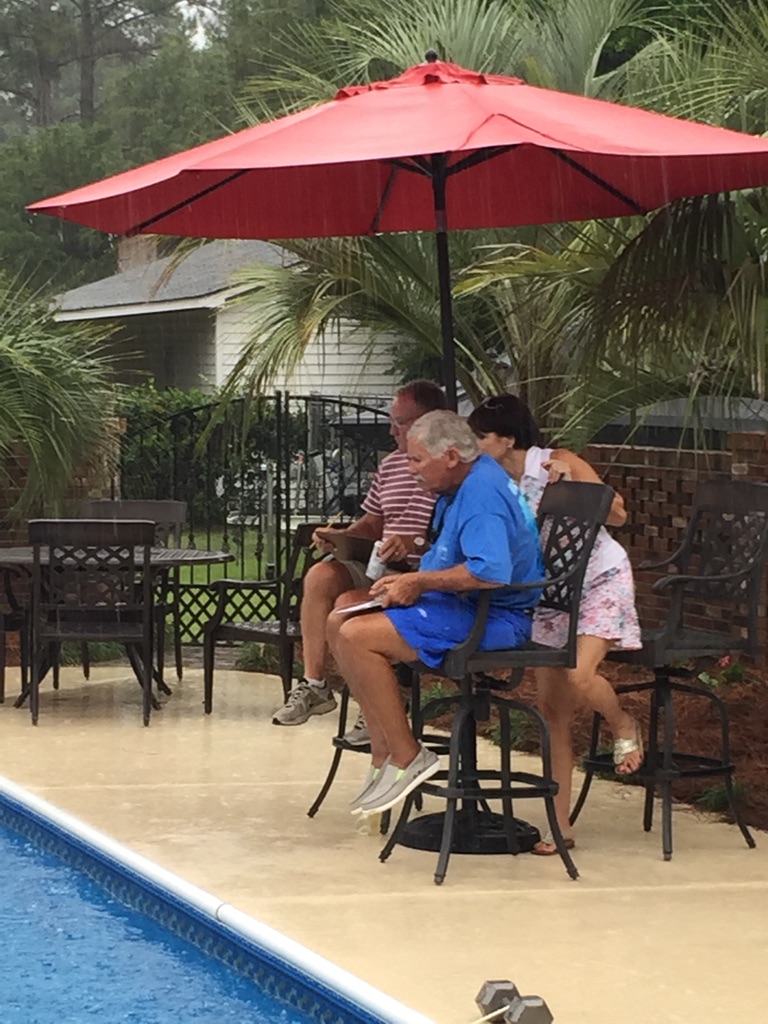 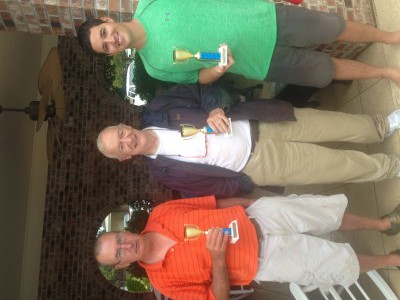