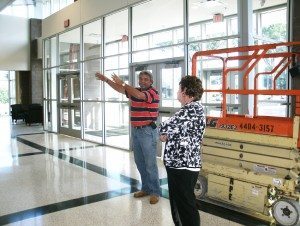 By Betsy Finklea
Dillon District Four School Board members got a sneak peek of the new auditorium at their meeting on Monday.
Thurmond Porter, who is involved in the construction of the building, said this was a state-of-the art facility including lighting, sound etc.
He said the auditorium has a 27 ft. x 17 ft. projection screen. He called the auditorium “the hallmark” of everything they had done in the construction projects in Dillon County.
Finishing touches are now being put on the auditorium, which will be open at the beginning of the school year.
Donna Lane will be the auditorium manager. The board briefly discussed policies for the use of the new auditorium, which will be further discussed at an upcoming board meeting.
The plan is to have all of the teachers and staff meet at the auditorium when school begins in August. 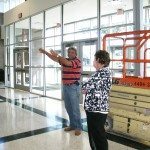 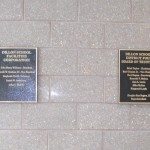 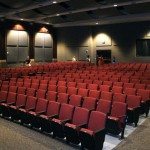