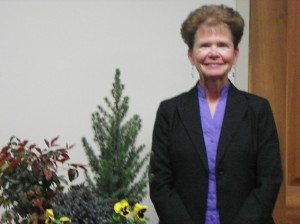 Congratulations were given to President Casey Demery Pitts on the birth of her daughter Sadie Rae on December 29th and to Secretary Amanda Allen Morrell on her marriage to Austin Morrell on December 27th. After refreshments, Program Chairman Hepsy Parham introduced the month’s speaker, Jimmy Allen, owner and operator of Uncle Jim’s Southern Honey. Jimmy has been beekeeping for nearly two decades and currently has around 300 hives. Mr. Allen gave the ladies an interesting lesson in bees and honey making teaching them about the three different castes of bees: queen, drone, and worker bees. Queens lay up to 1500 eggs a day and can live up to 5 years despite a bee’s typical lifespan being 6 weeks. The queen is selected as a larva and is fed a diet of only royal jelly; it takes sixteen days for the queen to hatch. Once this happens, she proceeds to kill the other sister larvae to eliminate any competition. The drones are male bees and make up 10-15% of the hive while the worker bees are immature females charged with gathering water and food. Traditionally, there have been two honey crops with the spring crop being Jimmy’s favorite. This crop begins around April 10th with the bees utilizing tupelo trees, briarberry, and American holly to produce the honey flow. This flow typically ends around the second week of May. The second and more minor crop was historically produced with cotton; however, today the mimosa and sumac trees are more often used by the bees. Several hazards to the honey bee exist including man-made issues such as crop dusting that is eliminating food sources and environmental issues such as varroa mites, small hive beetles and viruses. Jimmy combats these issues by boosting the bees’ immune systems with the essential oils of lemongrass and spearmint. Hepsy Parham presented Jimmy with a gift of appreciation, and Jimmy gave the ladies two jars of honThe business meeting was called to order by Vice President Lynn Liebenrood with a devotion called “A Simple Prayer”. The ladies ate at Abingdon Manor in December in lieu of a meeting so no minutes were taken to report. Treasurer Greene was not in attendance so a report was not given. The first item of business was to discuss fundraising at Springfest. The knives and cutlery typically sold in the past still seem like popular options, and Dollie Morrell suggested selling bulbs dug from our personal gardens. In Johnnie Luehrs absence, Amanda Morrell gave a report on Arbor Day. The ladies planted a little gem magnolia tree in memory of Marian LeGette Josey on the new Latta Elementary School campus. A small ceremony honoring Marian’s life and offering the meaning of Arbor Day was held on December 5th with Marian’s family present. Amanda also reported on the current issues going on at the state level of Garden Club. She sadly reported the resignation of Garden Club of South Carolina President Judith Dill. Unfortunately, this resignation also means the end of the Historic Trees for Historic Places project at the state level despite the immense amount of work done by clubs all over the state. Our club’s work on the Legacy Tree Trail will continue but simply as a club level project. Amanda has no desire to be a part of the Board of Directors for GCSC based upon their recent actions and will be resigning at the end of the month from her position within the organization. The next item of business on the agenda was the Five Star Honor Club and whether the club would like to participate in this state level designation. A minimum of $40 must be given to five state level projects including the Blue Star Memorial Program and Camp Wildwood. Barbara Berry made a motion that the club participate; this motion was seconded and unanimously voted yes by the members present. 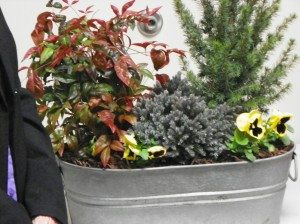 Happy Birthday wishes were given to Dollie Rice for her birthday on January 10th and the meeting was adjourned.