The Glove and Trowel Garden Club met Wednesday, September 10, at the City of Dillon Wellness Center with 20 members present.  President Fay Sloan called the meeting to order and thanked our hostess, Dawn Arnette, for the wonderful refreshments, she also welcomed our newest member, Elizabeth Jordan, to the meeting.  The Collect was then read in unison. 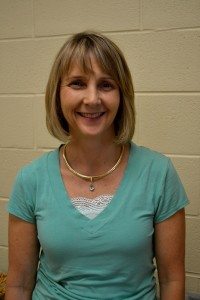 Birthday greetings were given to Molly Pittman, Kathryn Bumgardner and Natalie Wallace, all of whom will celebrate birthdays in September. 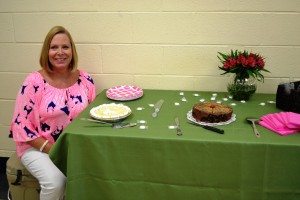 Secretary, Jamie Sue Stephens, called the roll and then read the minutes from the last meeting after which Treasurer, Ditto Jenkins, gave her report.
Under new business, Natalie Wallace reported on the progress being made on the “Historic Trees/Historic Places” project. She reported that so far the only tree submitted was the live oak at Wells Fargo Bank by Linda Dutton and Julie LeChette.  She then divided the club into groups of 3 or 4 members and asked each group to find a tree and submit it online before the November 1 deadline.
Linda Dutton and Julie LeChette reported on the clubs three new projects at the railway station.  It was reported that all the plant material has been selected and soil samples have been taken.  Hopefully planting will begin in October.  In honor of the Garden Club of South Carolina “Plant It Pink” campaign, the area around the fountain will be planted in all pink for Breast Cancer Awareness as we have two survivors in our club.
President Sloan reported that seven members would travel to Conway on Tuesday, September 16, for the Coastal District Fall Gathering.
Natalie Wallace and Jeanne McLaurin will chair the Holiday Goodness Fundraiser to be held in November at the City of Dillon Wellness Center.  Their committee will meet and have handouts ready by the October meeting.
Marilyn Zunk and Julie LeChette will chair our Christmas Social to be held at the St. Barnabas’ Parish House in December.  Their committee will meet and discuss plans for the social.
At this time the meeting was turned over to Julie Sawyer, who gave a very interesting program on transitioning our plants from summer to fall.  We received some wonderful information on how to prepare our plants to be brought inside for the winter. We were also given several recipes for making our own insecticidal soap.
There being no further business, President Sloan, adjourned the meeting.
The Glove and Trowel Garden Club is a member of the National Garden Club, Inc., South Atlantic Region of National Council, The Garden Club of South Carolina, Inc., and the Coastal District of GCSC.

Life is what happens to you while you’re busy making other plans.
John Lennon
My attitude is that if you push me towards something that you think is a weakness, then I will turn that perceived weakness into a strength.
Michael Jordan
+81
°
F
H: +81°
L: +58°
Dillon
See 7-Day Forecast