Excerpts From My Soon to be Released Book “Growing Old In New Town”
I think that I would be correct to say that all of us have experienced some very embarrassing moments during our upbringing.  These moments can be fresh in our minds, as if they had happened yesterday.  These humiliating occurrences, that were captured by the candid camera of our memories, are there to stay, whether we like them or not.  They are just as much a part of our history as the good times, and like them, helped to shape our character and destiny.  I can now look back on these very ignominious incidents, which brought much embarrassment, with laughter and amusement.  Prepare to take a journey back to my childhood with me, as well as to have some of your most embarrassing moments revisited.

Playing with Mud Cakes Made Out of Doo Doo
The earliest incident I can remember, that would be categorized as a big mistake, happened when I was around five years of age. The girls who lived next door were making mud cakes, or so it seemed.  I was really excited that they asked me to come over and join in their make-believe.  Tootsie and Zule told me to help make the mud cakes by placing my hands in the bucket where they were mixing the dirt with some water.  “Squeeze it real good”, they said as I played around with the stuff.  It felt strange, and it stank.  Suddenly, I realized that these girls, who were quite a bit older than me, was playing a practical joke of the worst kind.  I had made the costly mistake of trusting two older girls who took advantage of my gullibility.  I was embarrassed when I took my hands out of the bucket, seeing and smelling the excrement as they stood choking with laughter at me.   I would never trust them again, nor would I forget the day when I was duped to “play with doo-doo”.

Accidentally Lifting up Almetta’s Dress
It seems as if the fifth grade was destined to be a time of great drama and learning for me.  It was a time of triumph and celebration due to my cousin Puny’s whipping of one of the worst bullies of my childhood.  However, it was also a time of extreme humiliation due to an oversight on my part.  It happened one day at school while I was seated at my desk with the rest of my classmates.  In all honesty, with God as my witness, I did not deliberately perpetrate the incident that I am about to share.  A girl name Almetta (not her real name) who sat a few desks behind me, got up and headed toward the pencil trimmer that was located at the front of the class.  As she passed by me, my right hand that was swinging in the isle accidentally lifted up her dress and exposed her entire backside, panties and all.  Here is why I will never forget that mistake.  Almetta was a lefty, and with her left hand she turned and slapped me so hard in the face that I literally saw stars! It was almost nightmarish what was happening, and I was even more stunned by the situation than by the slap in the face that it caused.  The incident had captured the attention of the entire class, especially the teacher who scolded me and applauded Almetta’s actions and response.  I sat in a daze, embarrassed while the class laughed.  Shaking my head in bewilderment, I kept insisting to everyone’s disbelief, “It was a mistake!  I did not mean to lift up her dress!”  It would take me some time to live down that mistake.  I would never forget the day that girl slapped the snot out of me for accidentally lifting up her dress.  I learned my lesson well.  I kept my arms clenched on the desk or close by where I was seated, and was very careful not to allow them to swing loose and free.  After all, Almetta was still sitting behind me.  The girls did not have to worry about me again as they would walk by me down the aisle on their way to the front.  One slap in the face, and the embarrassment it had produced, was enough to last a lifetime.

The Slap That Shall
Live in Infamy
It is ironic that the next embarrassing incident in my upbringing would happen approximately two years after the infamous lifting up a girl’s dress in the fifth grade.  I was in the seventh grade and we had come to the end of what was called back then as the big recess period.  The bell had rung and everyone was making their way to their homeroom class.  I should have known that something was about to happen and it would involve me in some way.  I saw my best friend, Puny, who could at times be an instigator and prankster, coming towards me with a weird and suspicious look on his face.  As he got ever closer, I could also detect a foreboding and sly smile that assured me that something was up.  Then all of a sudden, without any provocation on my part, a girl named Doris Marie Moody, who I called myself liking by then, walked up and slapped the living daylight out of me.  Caught off guard and completely stunned and humiliated by this slap, I saw and heard Puny and others, who witnessed this unprovoked act of aggression, laughing.  I instantly knew in my heart that in some way Puny was behind all of this which I later discovered that he that he had given her a dare that she had taken him up on to my utter dismay and shame.  By the time, I recovered my composure and sought to salvage my honor and repetition by getting even with her it was too late.  She had landed a preemptive strike and fled to the safety of her homeroom class away from my reach and retribution.  To save face I promised everybody that I was going to get her, but I never did.  I pursued her after school that day, but she was just too fast and far ahead of me to overtake her.  It took some time, but I eventually overcame the pain and shame of that very embarrassing experience.  I overcame it but would never be able to forget it.  To this day, it is cemented in my mind.

Wearing My Mama’s Perfume to School
When I was growing old in Newtown, I will never forget when I began to experience my pre-puberty stage.  I was in the seventh grade and up until that stage of my life it did not really matter about how I smelled.  I was not concerned about putting on deodorant or cologne.  I would just get up, wash up a little, and go out to school or wherever I had to go.  However, at some point during the seventh grade, things began to change and I became more concerned about my appearance and my smell.  It was probably my desire to impress girls; girls in whom I was becoming more and more interested.  One morning before I left for school, I decided to daub on a little of my mother’s perfume.  After all, I reasoned, if it smelled “good” on her, it would also smell “good” on me.  I chose my mother’s perfume because my daddy was the kind of guy who never put a lot of emphasis or effort in smelling or looking good.  He was big on taking baths and showers, but not on clothes and cologne.  So I went to school smelling good –or so I thought.  One of the girls in my class just happened to get close enough to me to recognize that I was wearing women’s perfume.  “You sure smell good,” she said with a chuckle.  I did not know whether to receive what she said as a compliment or joke because of the tone of her chuckle.  However, it did not take long for me to realize that I was being laughed at as word got around how I smelled.  One very candid girl came over to me and said, “Do you know that you smell like a woman?”  It had never dawned on me until then that there was a vast difference in how a woman and a man smelled.  I had made a serious mistake in putting on my mother’s perfume and now I felt like the fabled emperor without any clothes.  I immediately became very self-conscious at how I smelled.  I did all I could to stay as far away from people as possible.  When the last period of the day finally arrived and the bell rang to go home, I wasted no time in getting out of there and away from people.  It had been a day of evasion and embarrassment and I was relieved that it was over.  I had prided myself in being very macho, but now I would have to live down the day when I smelled like my mother.

A Ride Down Main Street on the Back of a Truck
The final embarrassing incident that I want to share with you happened one Saturday evening as I road down Main Street in Dillon on the back of my father’s old work truck.  We had just knocked-off of our Saturday job, that was very routine for my brothers and I when we were growing up.  We spent most of our Saturdays working with our father laying either bricks or blocks.  There was not but so much room in the old work truck and my father and the two oldest boys had the privilege of sitting in the cab.  As we turned left onto Main Street from what is now Martin Luther King Boulevard by the Dillon Post Office, downtown was crowded, as it routinely was before the arrival of Wal-Mart and other businesses that greatly diminished the crowd of consumers that flooded the street on both sides in those days.  Perhaps I should not have been, but I was embarrassed to be riding on the back of this old work truck that paraded us straight down Main Street with people staring at us.  I did my best to hide my face, but couldn’t completely conceal my identity.  To add insult to embarrassment, my brother Earl, who was quite a character and prankster in those days, began to shout repeatedly, “Michael Goings is on the back of this truck!”  The few minutes that it took us to get from where most of the people were congregated on Main Street seemed like an entire hour.  I was so embarrassed and captured in a predicament of which I could not escape, but had to ride it out on the back of this old, work truck with people staring and my little brother making sure that they knew who I was.

END_OF_DOCUMENT_TOKEN_TO_BE_REPLACED 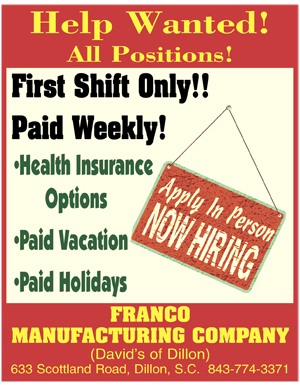 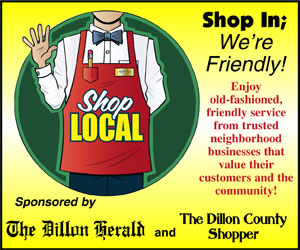