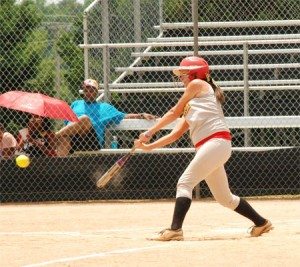 Dillon’s 15U Belles and Latta’s 6U Sweetees were on the road this weekend to play in 2014 Dixie Softball state championship tournaments.

The Belles traveled to Iva, South Carolina, where opening ceremonies were held on Friday. The action got under way on Saturday with Dillon facing Chester for a 16-1 win. But Dillon fell 6-3 to Georgetown in the second game on Saturday and will now face elimination.

Dillon was scheduled to play Iva on Monday at 6:00 p.m. If the Dillon Belles win, they will face Georgetown tonight and will have to win twice to claim the championship. Georgetown only has to win once to claim the title.

The winner of the Belles tournament will travel to the 2014 Dixie Belles Softball World Series. 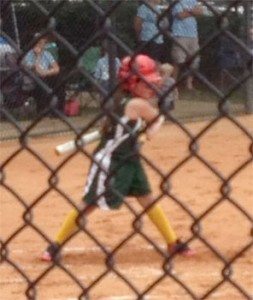 Latta’s 6U Sweetees traveled to Bluffton, SC, for their state championship tournament. The action began at noon on Saturday with Latta facing Aynor, falling 18-13.

Latta trailed in the bottom of the fifth, but got runners on first and second with no outs. But Aynor ended the threat with their first ever triple play.

Maddie Berry hit a three-run homer in the third inning for the Latta Sweetees, who were scheduled to face Beaufort on Monday.

If Latta wins Monday’s game, they will face Aynor on Tuesday at 3:00 p.m. Latta would have to beat Aynor twice to claim the state title. Aynor defeated Beaufort 19-2 on Sunday to remain undefeated in the tournament.

The human race has one really effective weapon, and that is laughter.
Mark Twain
Better to remain silent and be thought a fool than to speak out and remove all doubt.
Abraham Lincoln
+81
°
F
H: +81°
L: +58°
Dillon
See 7-Day Forecast