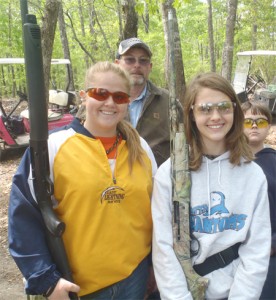 The Dillon County 4-H Shooting Sports team competed in the 4-H State Skeet and Trap Championships held at Mid Carolina Gun Club on Saturday, April 20, and at the South Carolina Youth Shooting Foundation State Sporting Clay Championship held at Rocky Creek on Saturday, May 11. The team had 10 shooters to attend the skeet and trap shoot and 14 shooters to attend the sporting clays event.

Lady shooter Tangie McFee won second place in the junior division in all three events: skeet, trap, and sporting clays. Tangie is in the 7th grade and has one more year of eligibility in the Junior Division. 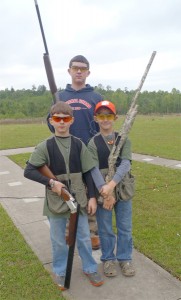 The team of Samuel Coleman, Daniel Camp, and Cole Gasque won third place in the Junior Advanced Division. Although Camp and Gasque are classed as rookie shooters they were moved up to the higher division to shoot with Coleman to complete the squad. The third place was a great performance considering the higher level of experience they were competing against.

The club will participate in the final shoot of the season, which is a 50 skeet and 50 trap shoot, on Saturday, June 22, at Mid Carolina.

After this final shoot the club will begin to organize and build for the 2014 season. Anyone interested in participating can contact the Clemson Extension Office in Dillon at 774-8218 or club leader, Bill Aston at 307-5904. The club is fortunate to have The Dillon County Rifle and Gun Club to host them for practice and training. The Dillon County Rifle and Gun Club is able to provide all the disciplines: skeet, trap, and 5 Stand so the team can practice for all events.

He that can have patience can have what he will.
Benjamin Franklin
Our greatest glory is not in never falling, but in rising every time we fall.
Confucius
+81
°
F
H: +81°
L: +58°
Dillon
See 7-Day Forecast