Pyerian Baptist Church of Floyd Dale is sending a group to Jacmel, Haiti in March to celebrate and help with the continuing reconstruction of earthquake ravaged Haiti. Jacmel is on the southern coast about 30 miles from the capital city of Port-au-Prince but was badly damaged by the earthquake that struck last January.

Pyerian has had an on going relationship with Grace Community Church and Pastor Joseph Abraham Comper for the last four years sending funds, support, and prayers regularly. This trip will be Pastor James Orr of Pyerian fifth trip there in the last eight years. Traveling with Pastor Orr will be Timothy Cooper (second trip) and first timers; Melissa Thompson, and Michael and Susan Dickens.

The team will be leaving for Haiti on March 17th and return the 22nd. They will be celebrating the construction of a new orphanage.

The girl’s dormitory is already open and host twenty-three girls at this time, with plans to expand up to sixty residents. The group will also participate in five weddings and a baptism service in the Caribbean Sea.

The trip will have special meaning for Michael and Susan Dickens. The Dickens lost their daughter, Lauren to leukemia this past year and they have done much to raise money to build the orphanage in their daughter’s memory.

When asked about their first trip out of the country, Michael said, ”We want to be a witness together in memory of Lauren. We want to see the school and facility that we helped to raise funds for. This was something that was important to Lauren. Something she would have done herself. We feel we ought to see it through.” Susan asked for prayer before, during, and after the trip.

The team is still raising funds for mosquito nets, vitamins, and construction materials for both the Grace School (800 students) and the Grace orphanage.

Donations may be made to: Pyerian Baptist Church Mission Fund/ Haiti PO Box 908, Dillon, SC 29536 All donations are tax deductible. 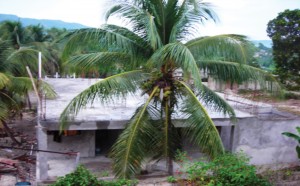 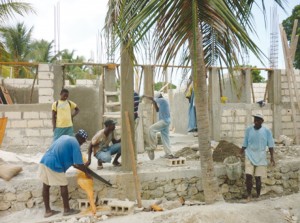