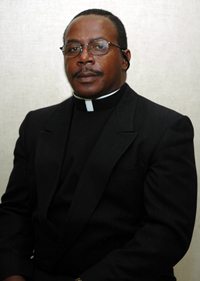 Randolph Gurley has been suspended from the office of Dillon city councilman.
Here is the order from Governor Mark Sanford
State of South Carolina
Executive Department
Office of the Governor
Executive Order No. 2010-15
WHEREAS, on October 28, 2010, the Grand Jurors of Dillon County, South Carolina, issued an indictment against Randolph Stephen Gurley, a member of the Dillon City Council, for attempted murder in violation of S.C. Code Ann. §16-3-29; for criminal domestic violence of a high and aggravated nature in violation of S.C. Ann. § 16-25-65; and for distribution of marijuana in violation of S.C. Code Ann. § 44-53-370;
WHEREAS, South Carolina law recognizes that attempted murder and domestic violence are crimes involving moral turpitude, see Whitehead V. State, 308 S.C. 119 (1992) (noting that solicitation to commit murder is a crime of moral turpitude); In re Laquiere, 366 S.C. 559 (2005) (acknowledging that domestic violence is a crime involving moral turpitude); and
WHEREAS, Randolph Stephen Gurley is an officer of a political subdivision of the State and Article VI, Section 8, of the South Carolina Constitution provides “any officer of the State or its political subdivisions…who has been indicted by a grand jury for a crime involving moral turpitude…may be suspended by the Governor until he shall have been acquitted;” and
WHEREAS, a certified true copy of the indictment against Randolph Stephen Gurley has been provided to me.
NOW, THEREFORE, pursuant to the authority vested in my by the Constitution and Statutes of the State of South Carolina, I hereby suspend Randolph Stephen Gurley from the office of Council Member of the City of Dillon until such time as he shall be formally acquitted or convicted.
This action in no manner addresses the question of the guilt of innocence of Randolph Stephen Gurley and should not be construed as an expression of any opinion one way or another on such question.
This Order shall take effect immediately.
GIVEN UNDER MY HAND AND THE GREAT SEAL OF THE STATE OF SOUTH CAROLINA, THIS 5TH DAY OF NOVEMBER 2010.
—MARK SANFORD, Governor